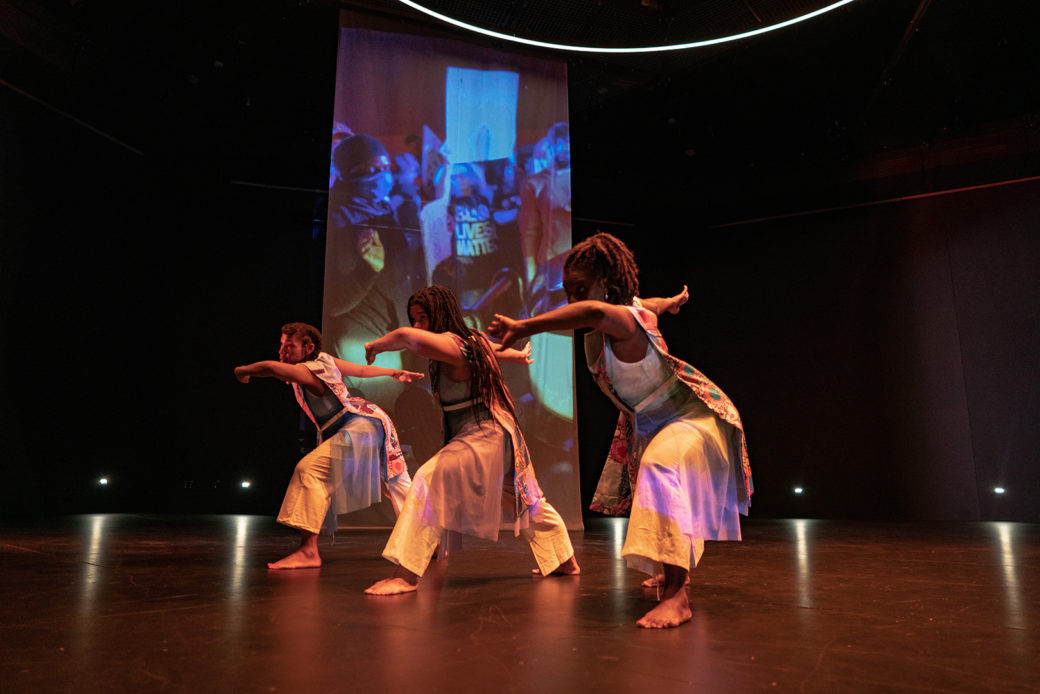 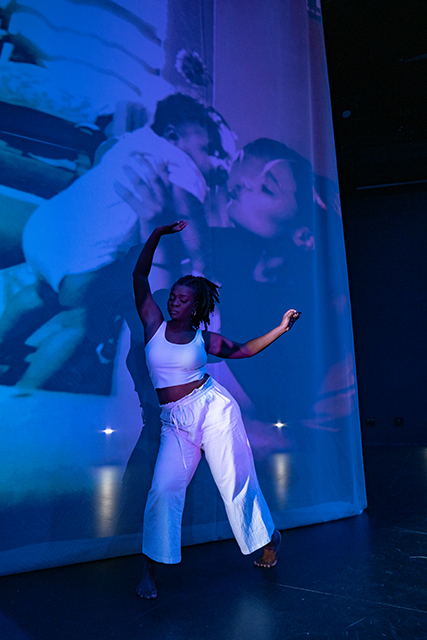 Marie Casimir in Notes on Survival

Notes on Survival celebrates the leadership of Black women in Oklahoma through dance on Oct. 14

Having come to the United States from Haiti when she was 5 years old, Marie Casimir faced the expectations common to so many immigrants. While she loved theater and dance and showed promise from an early age, there was pressure to study something more “practical” than performance. So, when she arrived at Ithaca College in upstate New York, she majored in broadcast journalism while staying active in dance and acting.

After graduation, Casimir was working as a fundraiser for the Chicago Symphony Orchestra when a friend contacted her about a new and intriguing project. Julia Miller, a founder of Chicago’s Manual Cinema, asked her to take part in an experimental dance program, and it led Casimir into her life of purposeful performance.

Casimir became a kind of reporter and storyteller, but not on TV or at a newspaper or website. She now shares her stories as public programs curator at Oklahoma Contemporary, as an educator and as a dancer, expressing deep truths through interpretive movement on the challenges facing people of color.

Through her company, Djaspora Productions, Casimir is now directing and dancing in Notes on Survival, a multimedia performance that shifts between moments of protest, rest and pure joy inspired by the public and private experiences of Black women activists in Oklahoma. Notes on Survival will premiere at 7 p.m. Oct. 14 in our Te Ata Theater.

After moving to Oklahoma five years ago, Casimir saw the history of Oklahoma’s participation in the Civil Rights Movement with a fresh perspective.

“One of the first things I noticed and what felt unique was that the history of the Civil Rights Movement seems to have been led by Black women here in Oklahoma, and I don't know that it's the same everywhere else,” she said. “People here know the names of Clara Luper and Ada Lois Sipuel Fisher.”

“I wanted to know what's happening here in Oklahoma with these women as leaders,” Casimir said. “And what does it mean that we know them and we can name them? And what do their lives look like? The more and more I talk to them, I realized that there's a celebration of Black women leaders in Oklahoma.” 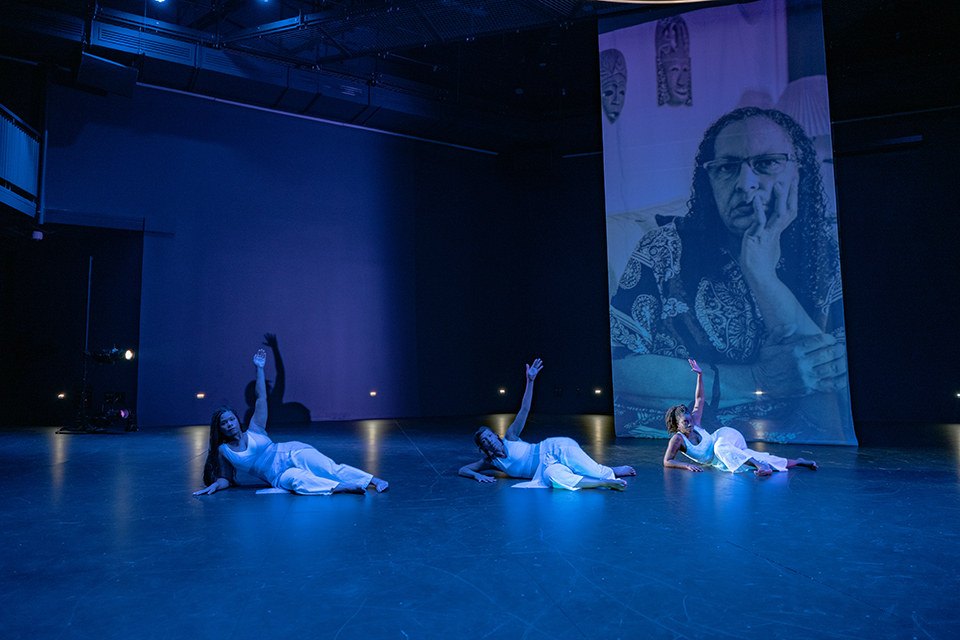 And they will be celebrated on stage through video footage, words and movement – not only for their work on behalf of the community, but for the sacrifice of time and personal safety. Not long ago, Dickerson’s house was firebombed with a Molotov cocktail, and she often has to move in order to keep ahead of hate groups.

“I met her at a Black Lives Matter talk at OU, where I teach, and [We Believed in the Sun artist] Ebony Iman Dallas and I gave her a ride home and she started telling us about just weird, weird markings that were ending up on her house and threats that she was getting and having to move around,” Casimir said. “And I thought, here's somebody who's trying to protect us all, who's trying to fight for us. And she's in grave danger on a regular basis.”

That struggle will come through in the performance, which also includes video projections from Mat Miller of 1984 Studios, photography and interviews by Gay Pasley, Franklin’s poetry, sound editing by Angel Little and Casimir’s movement collaborators, AhKamaye Perry and Jessica Ray.

Casimir said the depth of research that went into Notes on Survival allows the performance to flow and evolve, because the foundation of these women’s stories is so strong.

“It can start with a gesture,” she said. “And so maybe it starts with a gesture that we saw someone do in the video, and we take that gesture and then we expand it. I hear somebody say something and I'm like, ‘OK, let's just say that sentence and use it in the room.’ How does that feel? And then we move, and that turns into a dance phrase. It's sort of like it's a party for the senses, and we use everything in terms of how we move separately, how we moved together and our personal relationships as dancers. The idea is to create something that is honest.”