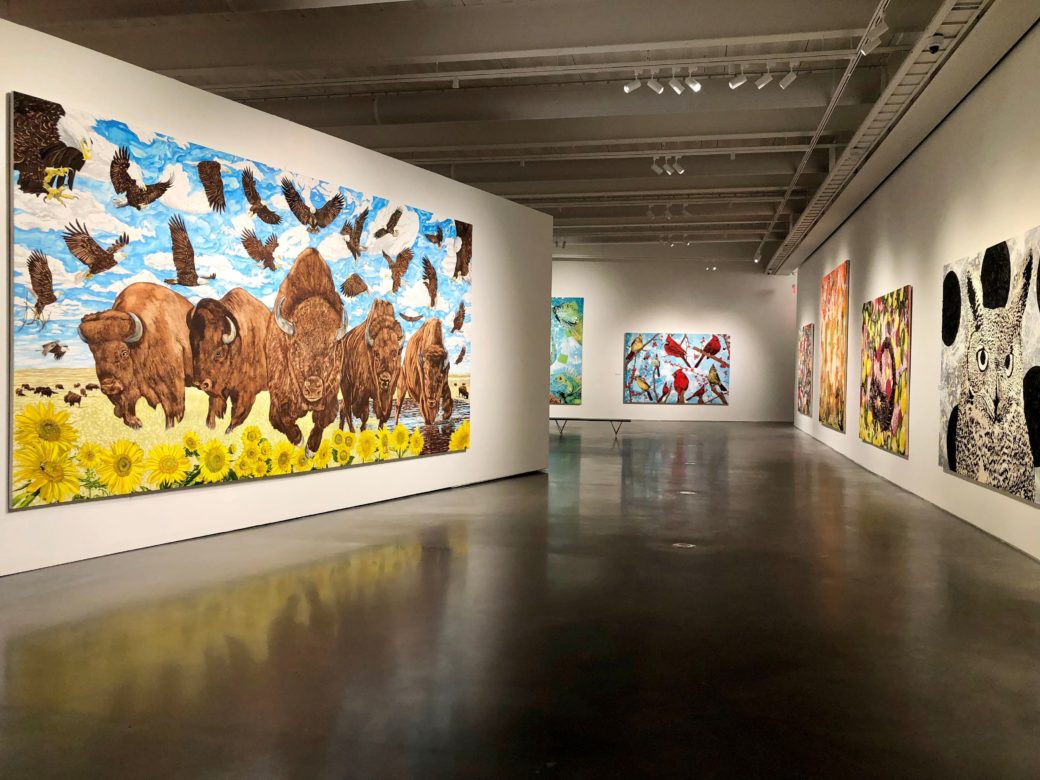 “Wonderment. I hope to inspire wonderment within the viewer, within the audience. So that they leave feeling inspired and open to new possibilities.” – John Newsom 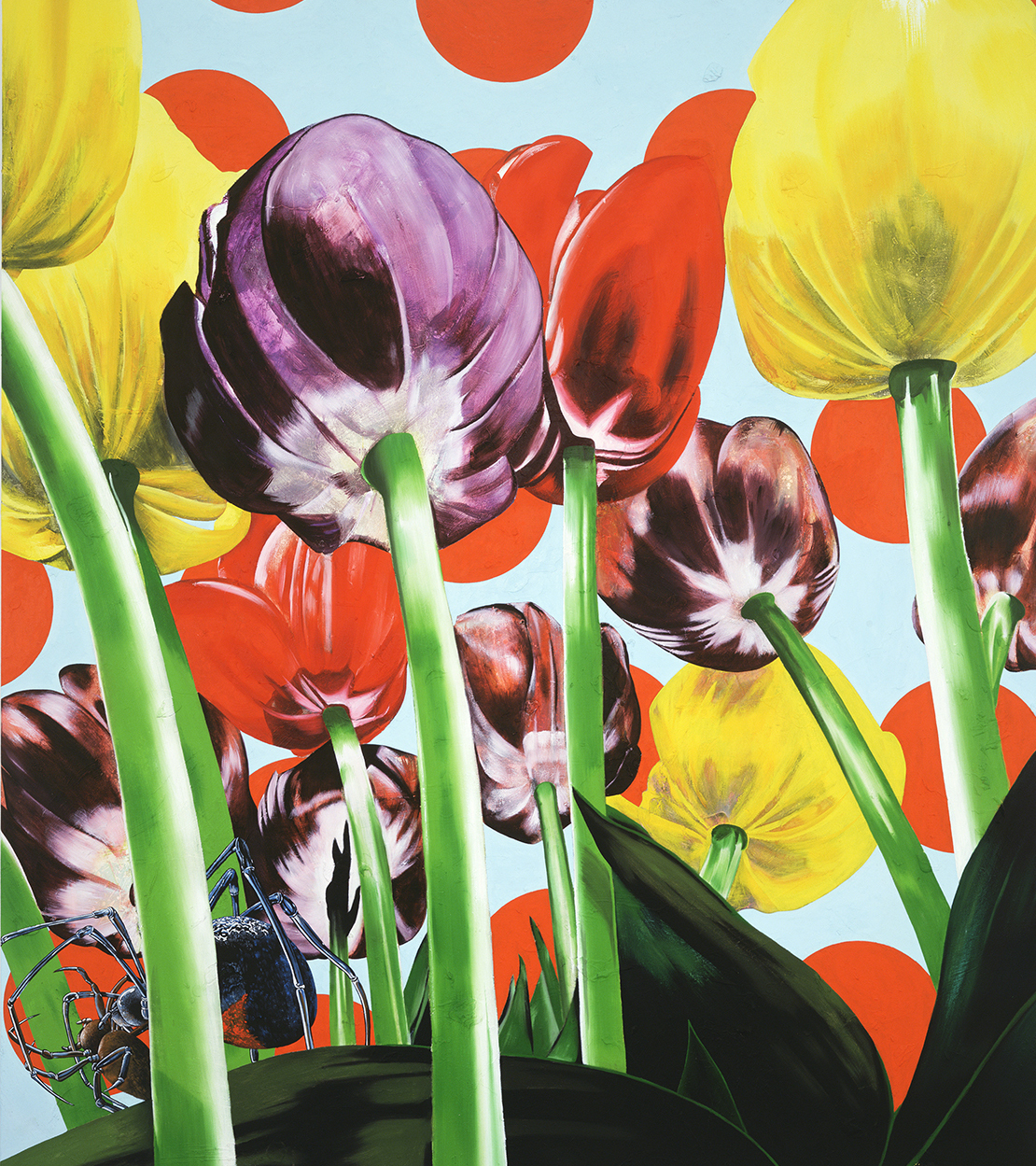 Opening tonight, this exhibition is set to inspire, encourage and motivate viewers to ponder questions outside of themselves. What in this immersive exhibition of 31 large-scale paintings will inspire you? Will it be the size of the paintings themselves? The striking realism? An individual piece? The collective? How will your engagement breathe further possibilities into Nature’s Course?

Ahead of tonight’s Opening Celebration, we connected with Nature’s Course artist John Newsom for some conversation and history. With three decades of art-making underneath his belt, Newsom provided insight into his nostalgic ties to Oklahoma and his youth, how he envisions his material, where he pulls inspiration from and how his process has evolved and overlapped with music, a subject close to his heart.

Why is Oklahoma as a space important for this upcoming show?

The paintings can stretch out in a proper way. One thing that has been reconfirmed for me in the preparation of this exhibition is the imbued “Americanness” of the work. I don’t paint large just for the sake of making big work. The paintings are the scale they are because of the interior landscape that is within me as an artist. My children live in a vertical urban landscape, with tall buildings. I grew up in Oklahoma, where the landscape is horizontal. There is a vastness to it. This is a feeling more than anything. Having the exhibition take place in Oklahoma is in harmony with the great Midwestern plains themselves. Like an echo. 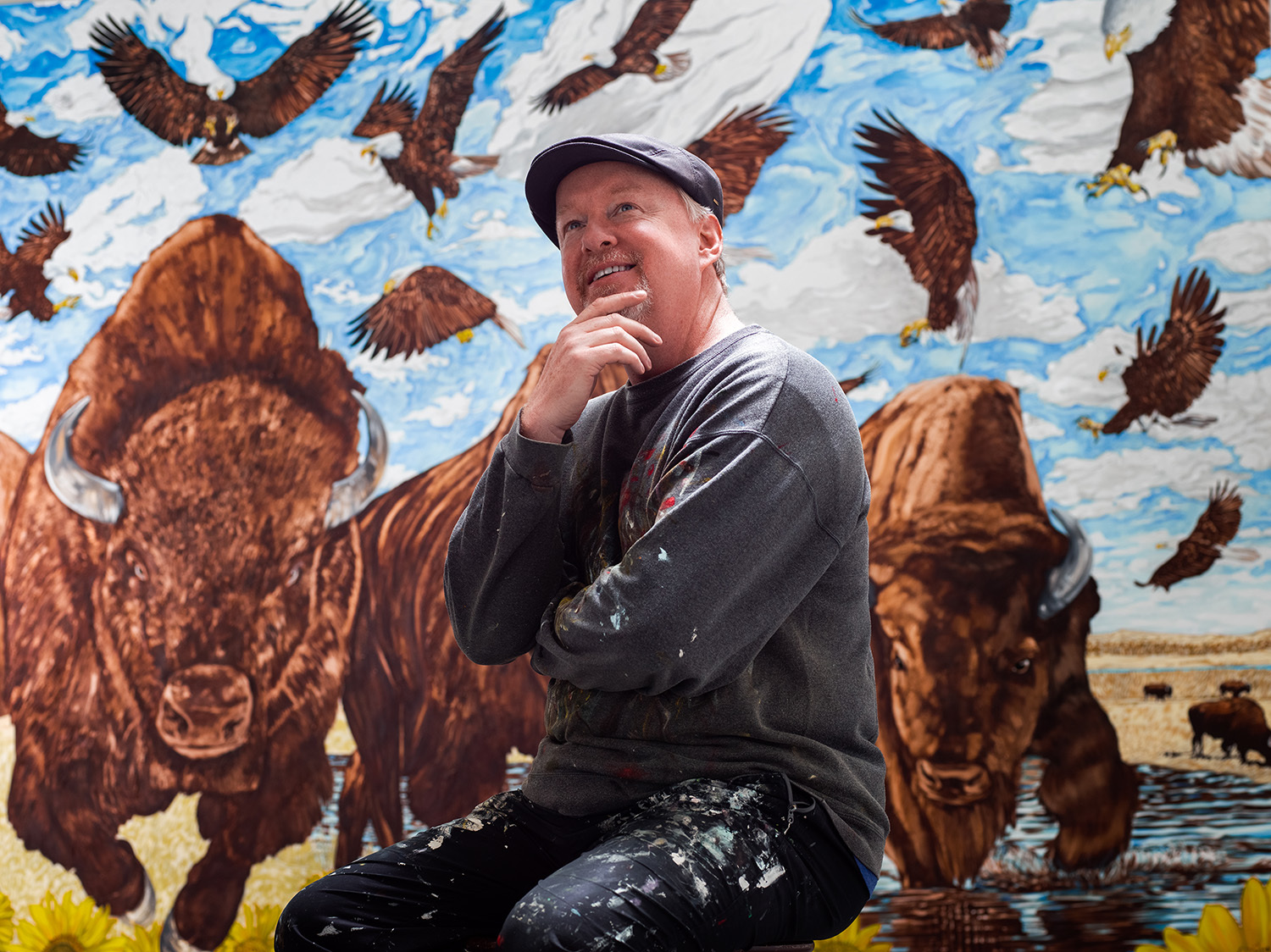 The two new paintings, Homecoming and Nature’s Course, both make direct reference to Oklahoma by way of the landscape and subject matter. Both paintings depict bison and birds, eagles and scissortails. By focusing on these regional motifs of Oklahoma, I became inspired to present the iconography in a way where the images retained their representative pictorialness, without venturing into hard-edge abstraction. I believe this occurred simply by enjoying reflecting on memories of the Oklahoma landscape and the subject matter found there within. 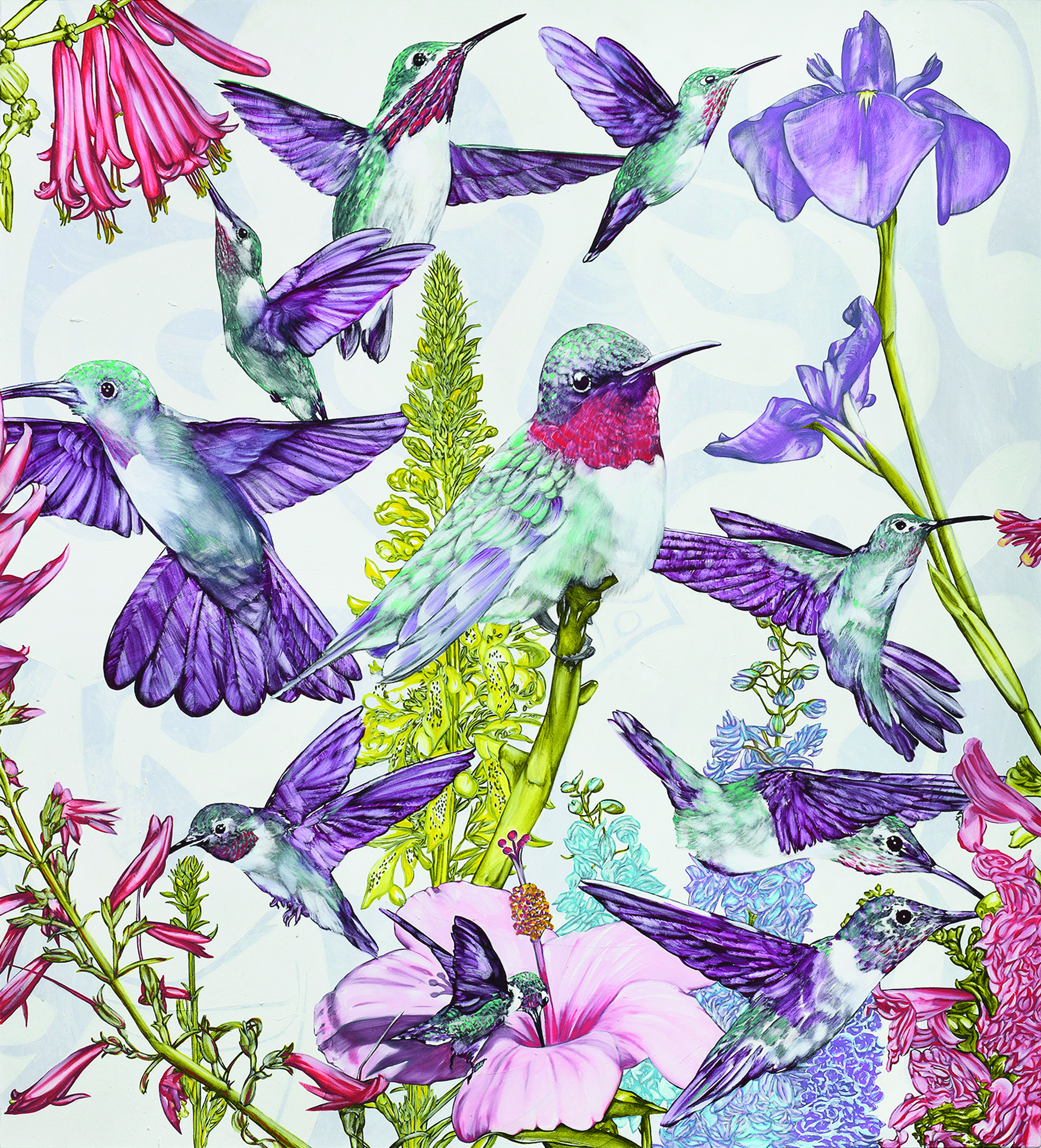 How did you arrive at flora and fauna as subject matter?

The answer is really twofold. On the one hand, I realized that these forms and motifs offered endless exploration for formal abstraction itself. The sheer wonderment of the process. How the process would spark my imagination. I spent a lot of time outside, exploring nature, in my youth. I would climb trees and perch for hours up in the limbs, just daydreaming. Observation was a key — and still is. Then I would go inside and draw things I would see outside. It was a very fruitful landscape to be in, with lots of insects, birds, various small mammals … reptiles and amphibians. From observation, to thinking, to making. It still is the foundation for my attraction to the act of creation today.

The second reason is for the sake of the timeless poetic content available. I never was so interested in exploring nature in a scientific manner but rather a poetic one. Painting in an allegorical sense, as well as having an image to look at if wanted or needed. These things became very important for me. Ultimately, nature wins. It’s the longest, most tried-and-true subject matter. I’m just conducting through my own cypher.

What is your artistic process, and how has music affected it? 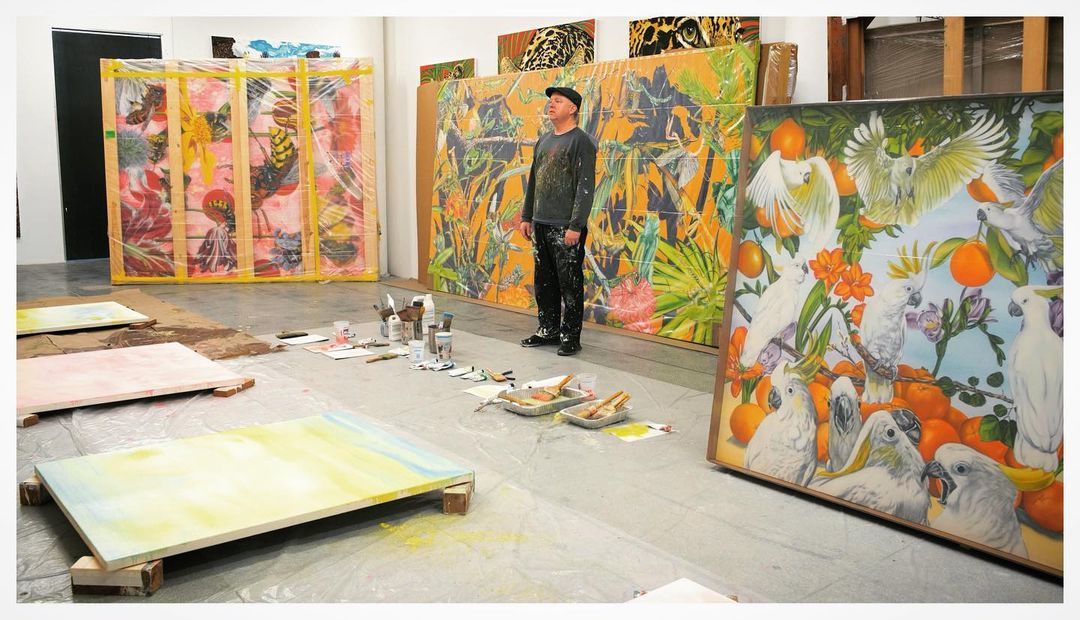 The answer comes through the process of drawing. Oil painting for me became a natural extension of drawing. In fact, I would venture to say that my painting process is “drawn” as much as it is “painted.” All of the painters historically who have captured my attention have this quality in common to their mark-making. Velázquez, Cézanne, Picasso, Magritte, Picabia, Guston, etc. All of these painters really knew how to “draw” with paint. So for me, oil painting became a natural extension, the correct medium for the physical expression.

As for music, I’ve always enjoyed music. When I was a teenager, I attended Interlochen Center for the Arts’ Summer Music Camp, but I attended in order to study painting. I enjoyed it so much that I ended up attending the academy there, graduating high school at Interlochen. I sat in concerts that would be performed daily in an open-air amphitheater. I would draw the orchestra while listening to live performances of works by Mahler, Verdi, Mozart, Puccini and so on and so forth … it was magical. 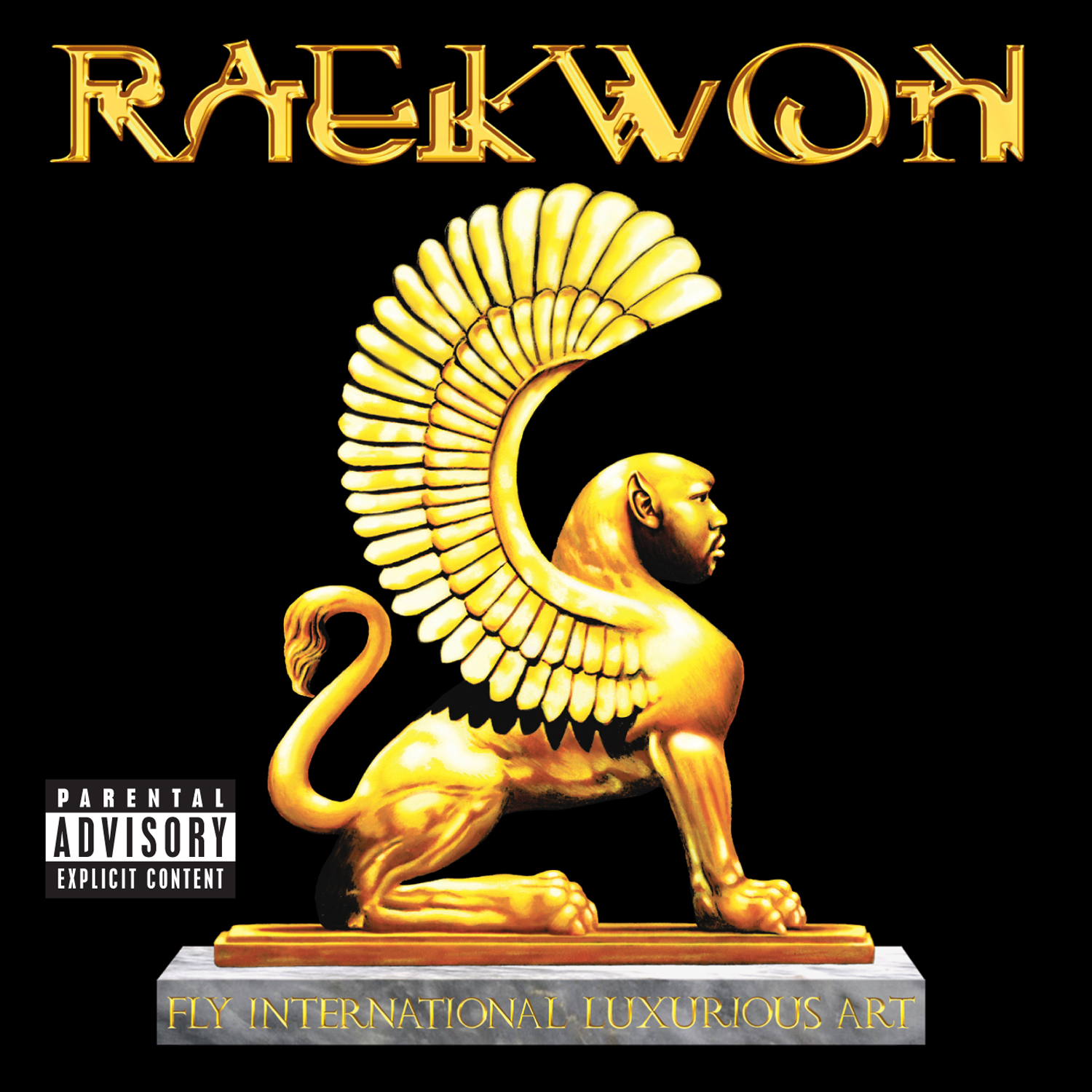 Fast forward to 2013, and I was approached by Raekwon of the Wu-Tang Clan. Raekwon had seen my paintings and contacted me though an art advisor. He then invited me to create all of the original artwork for his sixth studio album titled Fly International Luxurious Art. I thought the project would take two weeks. It ended up taking two years, and was worth it. I became Raekwon’s “scribe,” studying artworks of the ancient world at the Metropolitan Museum of Art. I got so involved with the process, sitting in recording sessions at the sound studio with Raekwon, having all types of discussions with musicians, rappers, A&Rs, museum scholars and curators, it was amazing.

During this period, I began thinking about the symbolism of the mythological griffin in world art. The griffin being a combination of a majestic big cat with the wings of a falcon. I had been painting lots of large falcons and various birds of prey, but I had never taken on big cats before. I felt inspired to do so, and so the large “beasts” you see in some of the more recent paintings are a direct result of that interaction with Raekwon. We finished everything for the album flawlessly, and it remains an outstanding collaboration of music and art, if I do say so myself. I have Raekwon to thank for that. From my heart. 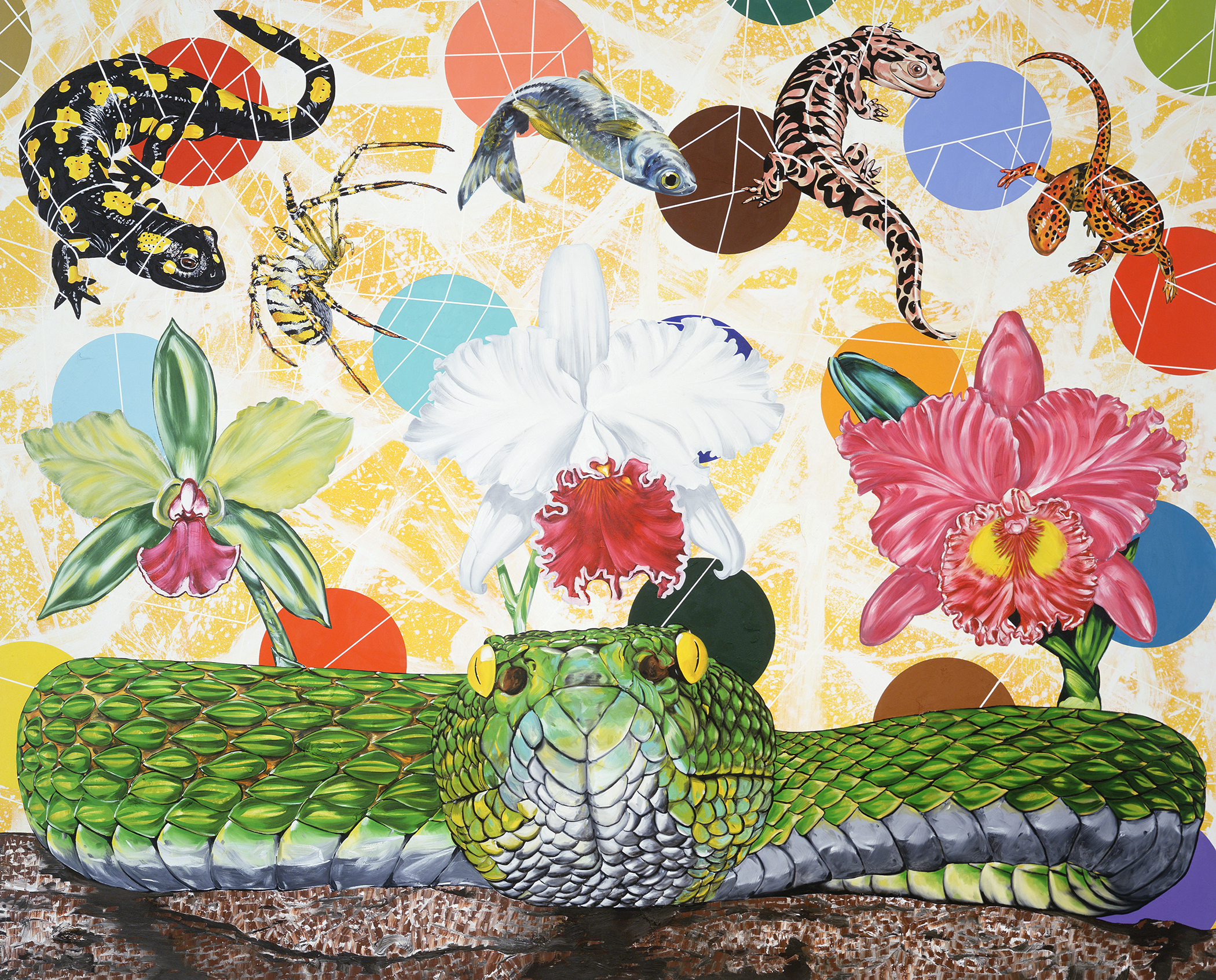 Nature’s Course launches with an Opening Celebration this evening, March 24, with food and drink, an exclusive, wax-only set from NYC DJ Gustavo Guerra and the artist himself. The following night, Newsom and longtime friend actor/director Matt Dillon will hold an artist talk discussing Newsom’s career, his process and more.

Join us for one of the opening events or reserve your spot to explore Newsom’s paintings in the gallery and across our first floor. Get hands-on and further explore the exhibition in our Learning Gallery (where you can also preview his new short film).