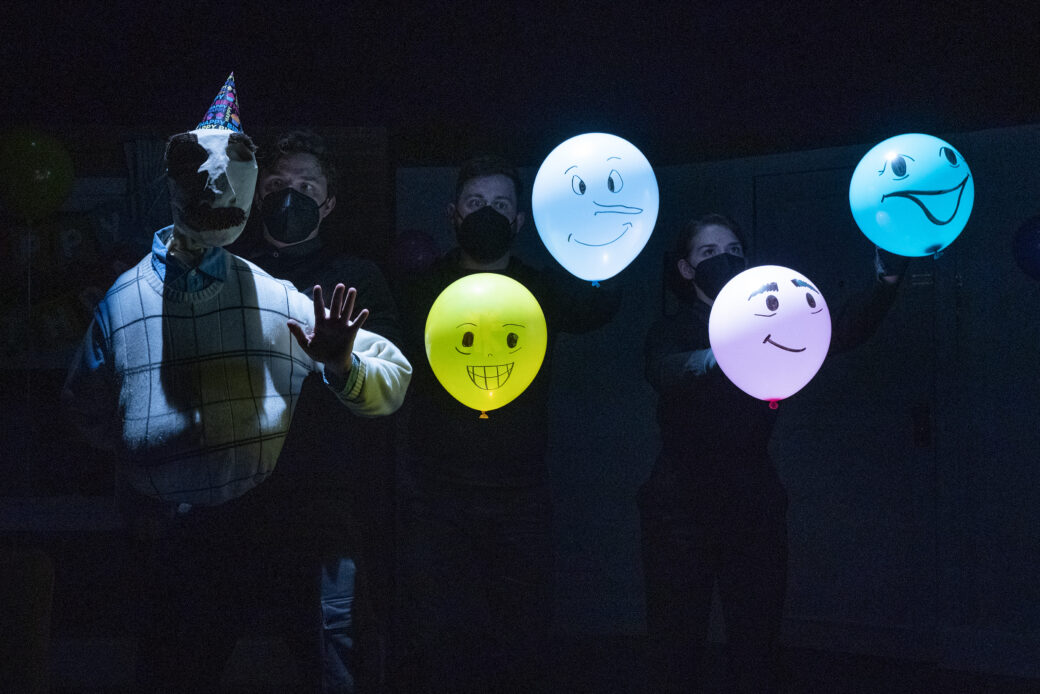 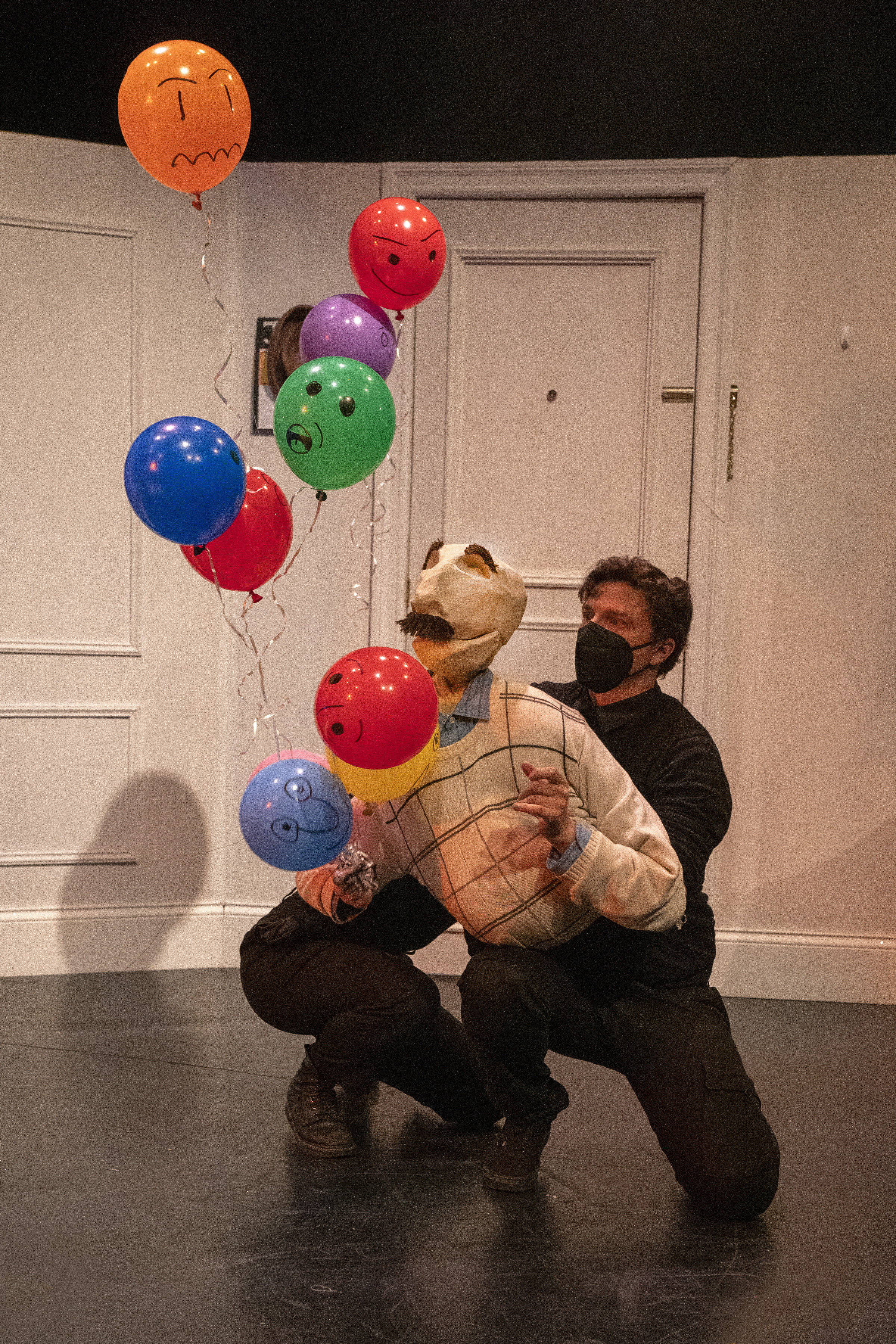 The streamers are hung, the punch has been spiked, and the cake is just begging to be eaten! All Bill has to do is wait for his guests to arrive. Bill’s 44th was an original comedic show written and puppeteered by Dorothy James and Andy Manjuck to create one very worried leading man — Bill. Many styles of puppetry, raucous balloons and a cheeky piece of crudité collided to examine the pitfalls of impatience, the wonder of loneliness and the universal passage of time.

Andy Manjuck is a Brooklyn-based artist. He is a company member of Wakka Wakka (Baby Universe, Saga, Made in China, The Immortal Jellyfish Girl), and has worked with Robin Frohardt (The Pigeoning, The Plastic Bag Store), Nick Lehane (Chimpanzee and Fly Away – a collaboration with Derek Fordjour's SELF MUST DIE exhibition, Petzel Gallery), Unknown Mortal Orchestra (That Life, Double Solitaire), Doug Fitch (Petrushka with the NY Philharmonic Orchestra, and Oregon Symphony), Apple TV+ (Hello Tomorrow!), BYUtv (9 Years to Neptune), and Betty Productions (4th Islamic Solidarity Games Opening Ceremonies, Baku, Azerbaijan, 48th National Day Celebration, Abu Dhabi, UAE). He co-founded the arts collective Eat Drink Tell Your Friends (Lectures, Photo & Supply). He is the co-creator of Bill’s 44th, a wordless puppet show for adults which was named a New York Times Critic’s Pick and has performed in NYC at Dixon Place and in Chicago at the Chopin Theater as a part of the 2022 Chicago International Puppetry Festival. He has also taught and designed at the Peabody Institute at John Hopkin's University. www.andymanjuck.com

Dorothy James is a Brooklyn based puppeteer and maker of tiny things. She has puppeteered for Wakka Wakka (Made in China, 59E59 Theaters, FigurTeatret i Nordland; The Immortal Jellyfish Girl, FigurTeatret), Nick Lehane and Derek Fordjour (SELF MUST DIE: Fly Away, Petzel Gallery), Basil Twist (Hansel & Gretel, Michigan Opera Theatre), Molly Smith (Snow Child, Arena Stage), AchesonWalsh & Radio City (The New York Spectacular…) Unknown Mortal Orchestra (That Life), BBC (Moon and Me), Amazon (Patriot), and Apple TV+ (Hello Tomorrow!). As a creator, Dorothy uses table top, shadow, rod, and paper cut puppetry to create otherworldly narratives that meld the grotesque with a sense of innocence. She is the co-creator of Bill’s 44th, a wordless puppet show for adults which was named a New York Times Critic’s Pick and has performed in NYC at Dixon Place and in Chicago at the Chopin Theater as a part of the 2022 Chicago International Puppetry Festival. Her paper cut stop-motion film Lethologica was an official selection of Chicago’s Big Teeth Small Shorts Film Festival and the Upstate NY Horror Festival. www.dorothy-james.com