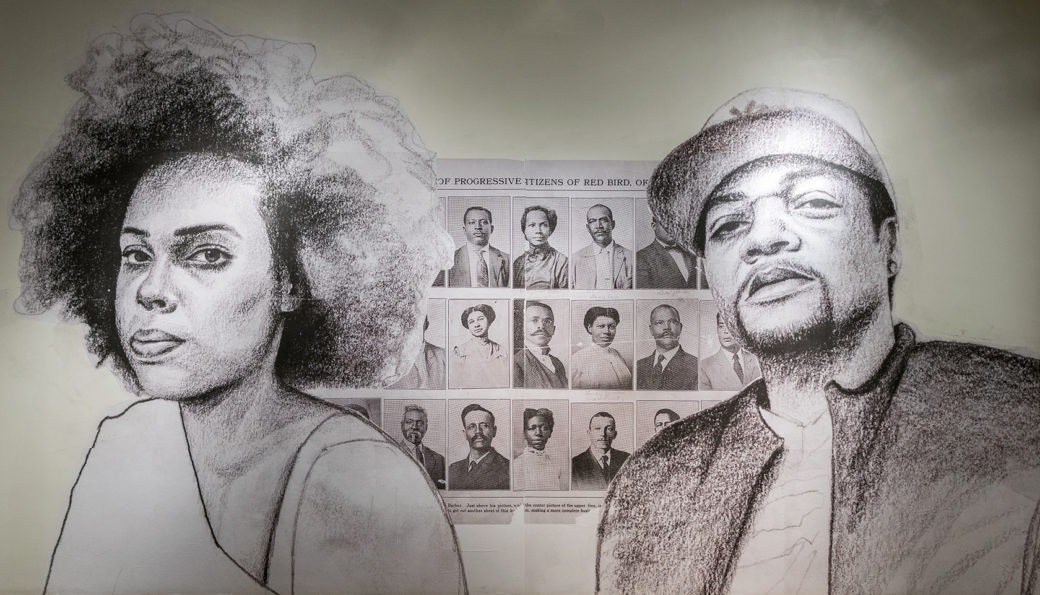 Tatyana Fazlalizadeh in her studio. 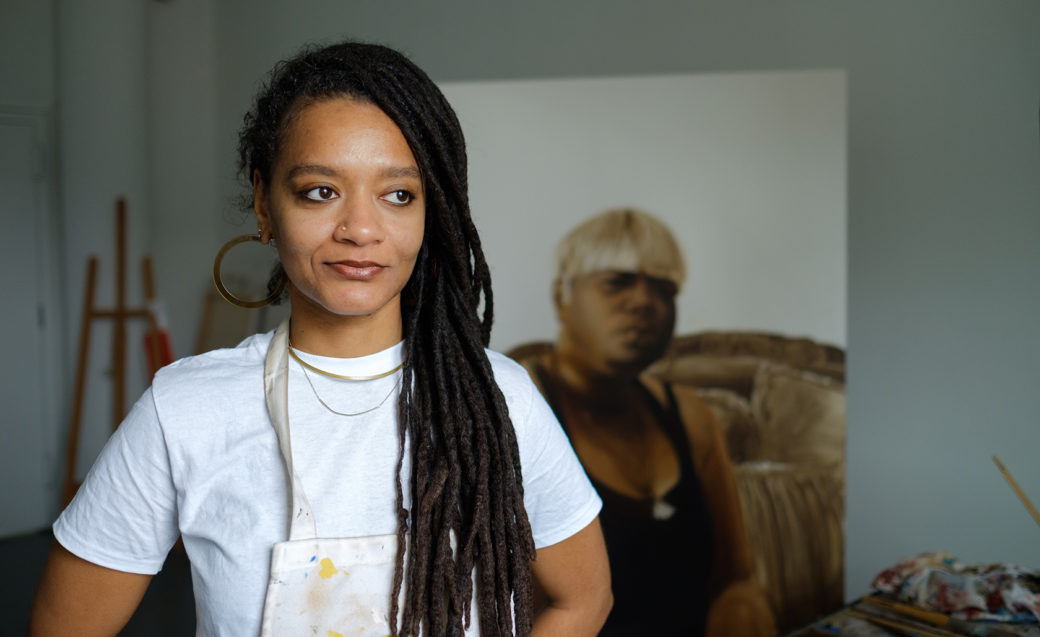 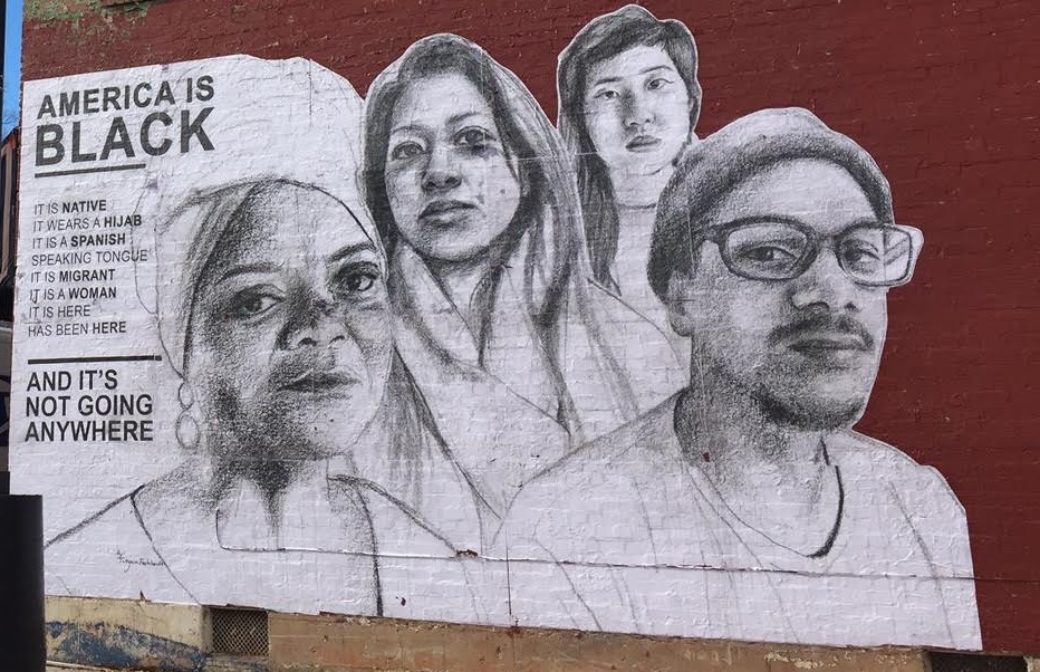 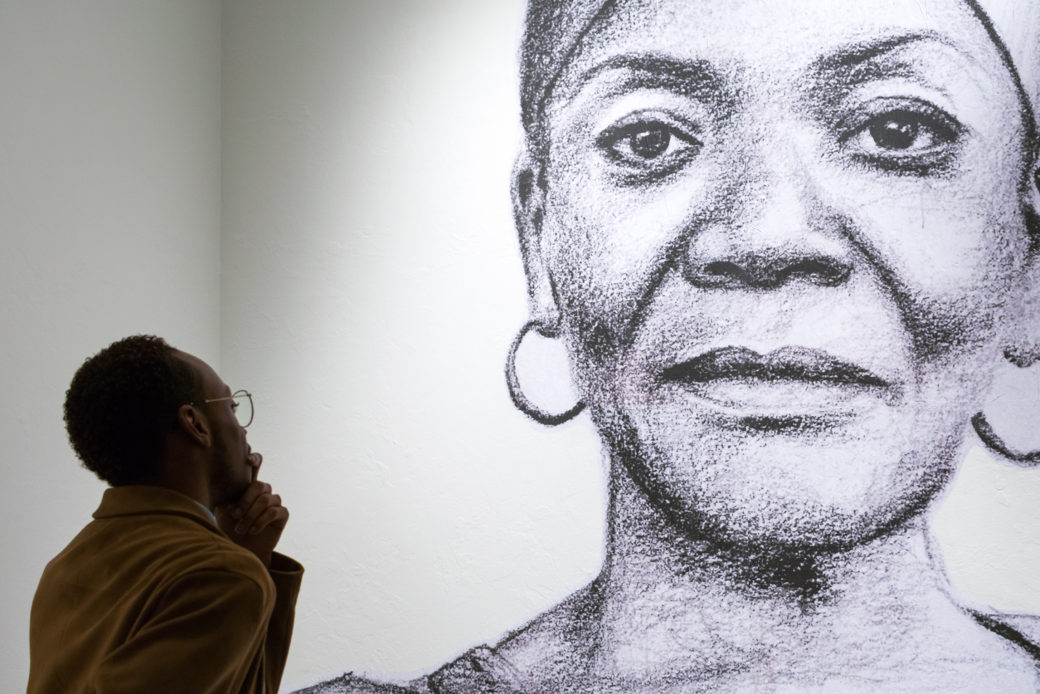 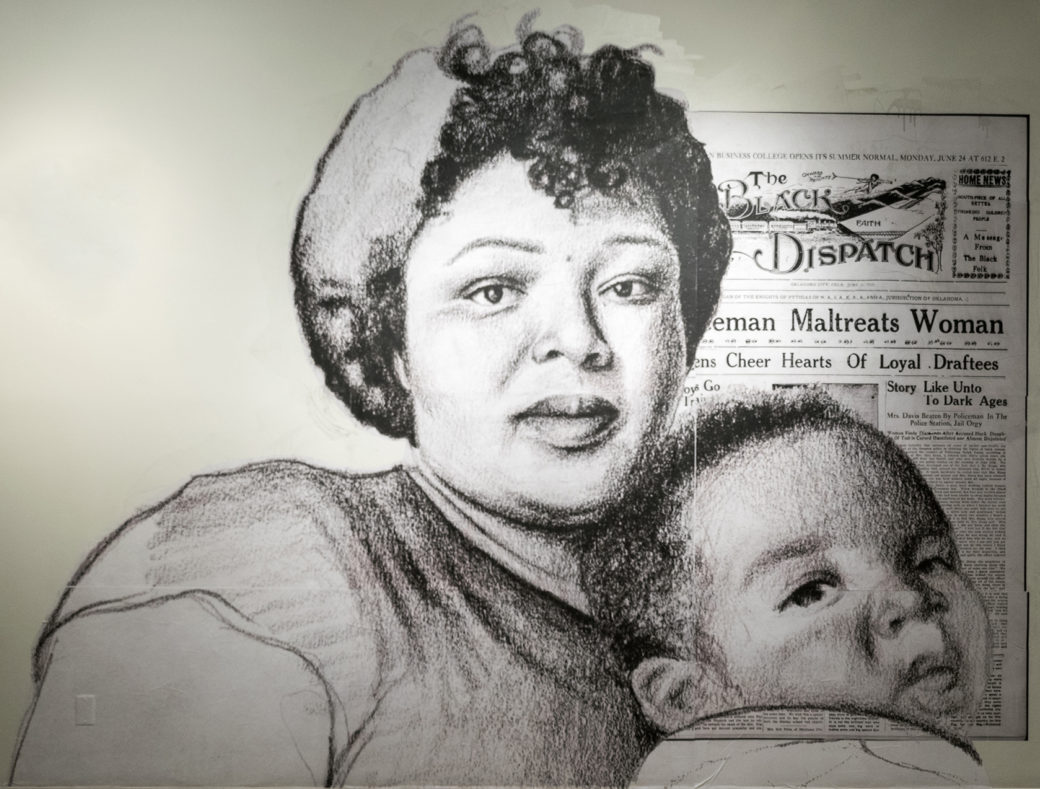 Oklahoma Contemporary excitedly worked with Oklahoma native and Brooklyn resident Tatyana Fazlalizadeh on her first major exhibition in her home state: Tatyana Fazlalizadeh: Oklahoma is Black. Fazlalizadeh has achieved international recognition for her artwork of portraits and words that that give voices to people and communities that are often marginalized, including women, people of color and the LGBTQ community.

For her first solo exhibition in her home state of Oklahoma, artist Tatyana Fazlalizadeh filled the galleries from floor to ceiling with faces, voices and images of Oklahoma City’s Northeast side where she grew up. Tatyana Fazlalizadeh: Oklahoma is Black incorporated the artist’s oil paintings, videos, historical images and wheatpaste portraits that she has posted in cities across the country. The exhibition title referenced Fazlalizadeh’s wheatpaste poster series America is Black, which she said reflects “the voices of marginalized groups who are challenging the acceptance of bigotry and white supremacy.”

The works on view were all made specifically for the exhibition and were based on interviews the artist conducted in the fall of 2018. Fazlalizadeh juxtaposed bold, provocative words from the interviews with tender images and found photos and objects that revealed textures of Black life. She called the exhibition "a love letter to Black people and to Blackness in Oklahoma."

Now based in Brooklyn, Fazlalizadeh has achieved international recognition for her artwork, including Stop Telling Women to Smile, a street art project addressing street harassment. She collaborated with Oscar winner Spike Lee on his TV series She’s Gotta Have It and is currently the inaugural Public Artist in Residence for the New York City Commission on Human Rights.

Oklahoma is Black was the final exhibition at Oklahoma Contemporary’s fairgrounds location. The new campus at NW 11th and Broadway will open in March 2020.