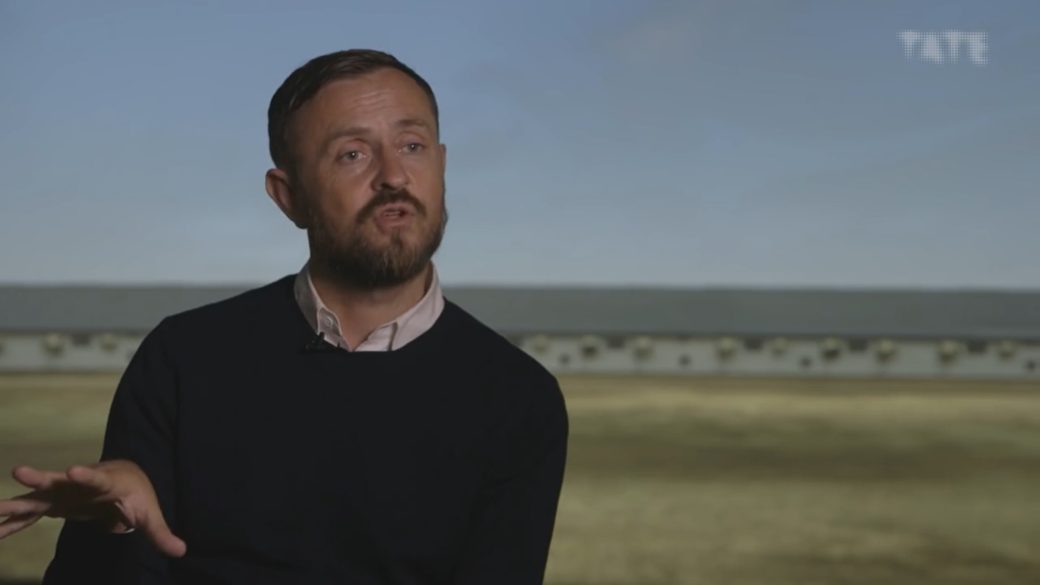 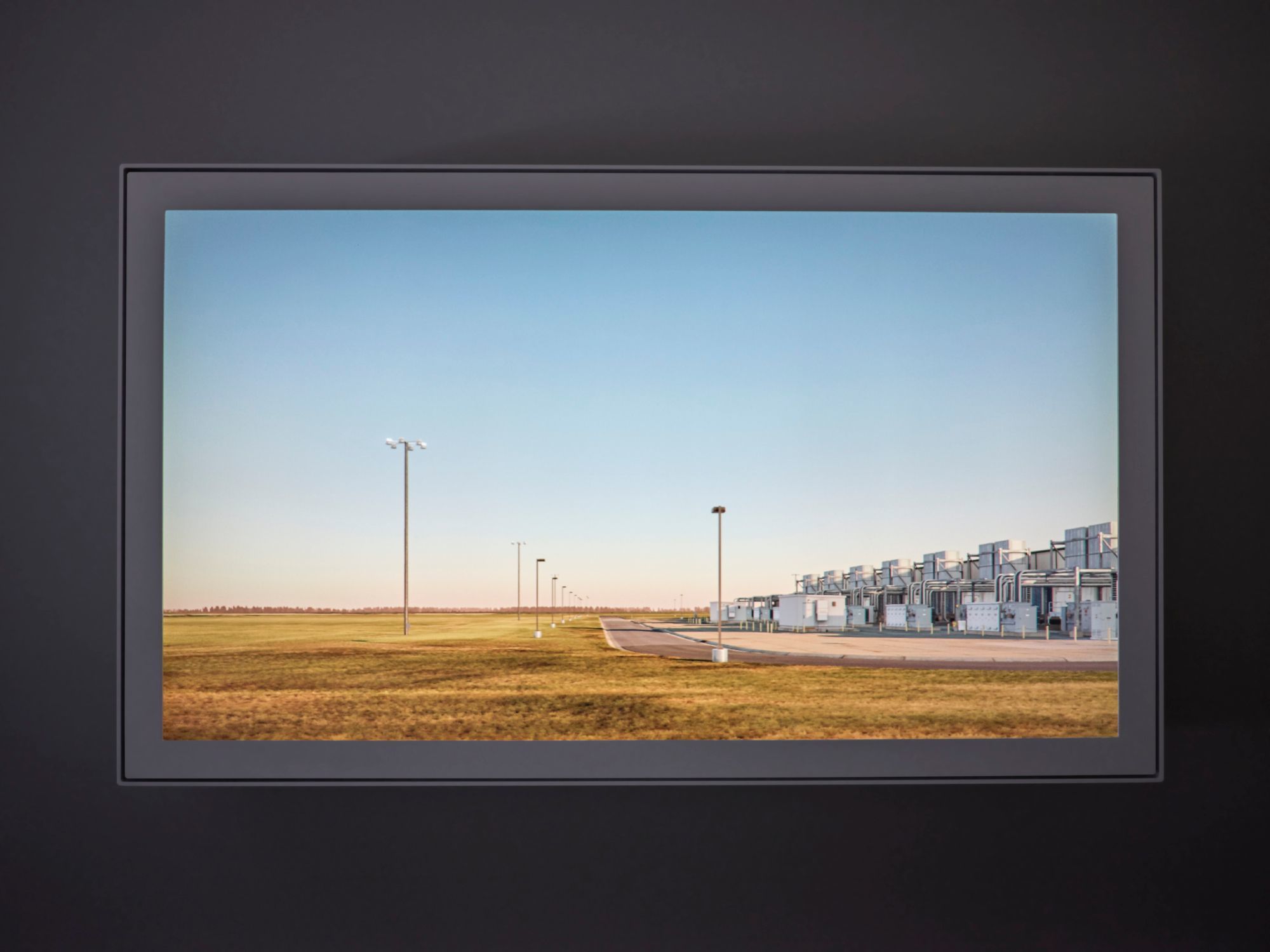 Reality can be a tricky thing in our contemporary moment. That's part of what animates the work of Bright Golden Haze artist John Gerrard, whose digital simulations speak to a world experienced increasingly through screens and software. Like fellow exhibiting artists Camille Utterback and Josh Tonsfeldt, the Irish artist examines the fault lines between physical and digital spaces to thrillingly cerebral effect.

Gerrard's Farm (Pryor Creek, Oklahoma) gets to the heart of the artist's fascination with creating uncanny digital environments. The work depicts a Google data-server facility in eastern Oklahoma, but things aren't quite what they seem. What looks like a 360-degree video is actually a digital simulation, roaming the perimeter of the facility as day turns into night. When Google denied access to its Oklahoma facility, Gerrard produced a detailed photographic survey of the grounds by hiring a helicopter to capture images from above, which were then built out into a virtual model of what the artist's website calls "one of the key physical sites of the internet."

The work is part of a series using gaming technology to create algorithmic 3-D renderings of real-world industrial and agricultural spaces peppered throughout the Southern Plains. "It may look like a film, but there is no lens-based record within it," he told Tate Shots. "Nothing has ever been recorded. In effect, it's a three-dimensional model that is a real place, re-made as a real-time virtual world." 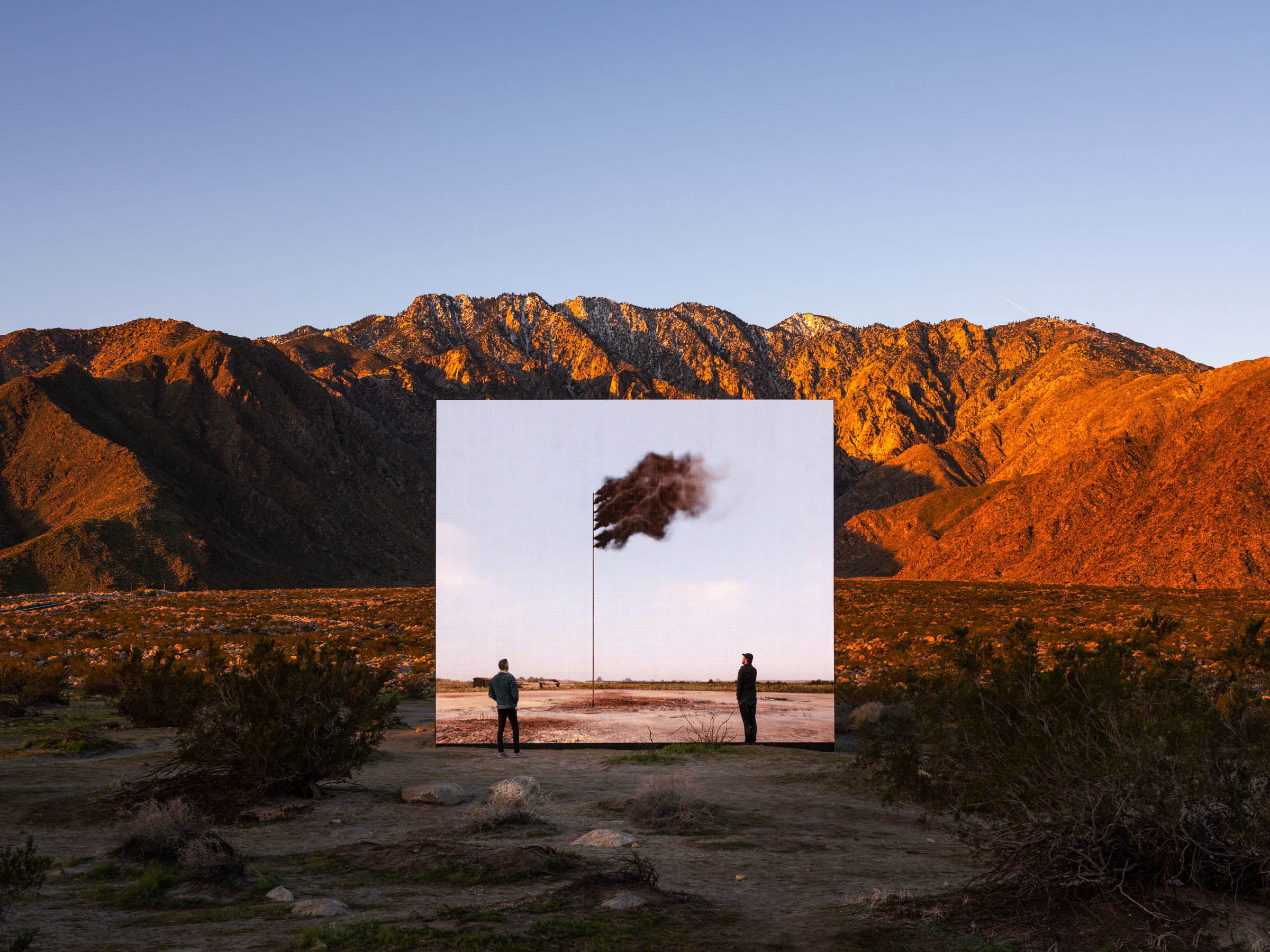 Gerrard received a BFA from The Ruskin School of Drawing and Fine Art, Oxford University. During this time he made his first experiments with 3-D scanning as a form of sculptural photography. He undertook postgraduate studies at The School of The Art Institute of Chicago and Trinity College, Dublin, and, in 2002, was awarded a Pépinières Residency at Ars Electronica, Linz, where he developed his first works in 3-D real-time computer graphics.

Despite this international pedigree, Gerrard's creative eye wandered to the endless rolling prairies of Oklahoma and the surrounding region. "The Great Southern Plains are very well suited to be remade virtually because they are largely featureless," Gerrard told Smithsonian Magazine. "It has a very, very formal minimalist quality in and of itself. It almost looks synthetic to begin with. And, to me, the landscape — dotted with farms and oil fields — also represents the global trend of unrestrained, mass consumption."

Until you're able to experience Gerrard's work for yourself in our delayed inaugural exhibition, check out the videos below on the artist's 3-D farm renderings as well as his Channel 4-commissioned Earth Day 2017 work, Western Flag (Spindletop, Texas). And as always, be sure read up on other Bright Golden Haze and Shadow on the Glare artists in our ongoing #ArtistSpotlight series.