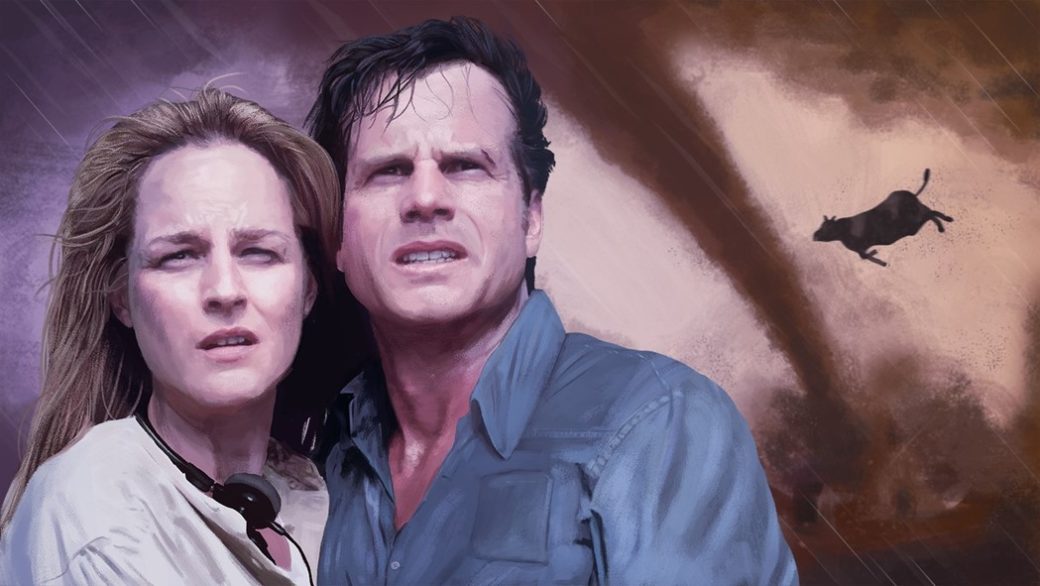 Oklahoma's ancient Wichita Mountains loom in the background of this scene from The Posthuman Project (2014).

Oklahoma might not be the first place that comes to your mind when you think of Hollywood, but the film industry has deep roots in our home state. From Film Row in downtown OKC — where studios like Paramount, MGM and Universal stored and shipped film across the region and big-time producers rubbed elbows and screened pictures — to world-class fetes like deadCenter Film Festival and the Tulsa American Film Festival, the big screen looms large in our past and present.

For today's #FridayFilms installment, Oklahoma Contemporary staff share a few of their favorite movies with Oklahoma ties. From classic films to contemporary blockbusters, indie gems and more, up your streaming game this weekend with these cinematic selections from the heartland.

There are so many nods to Oklahoma — from the town names to the usage of real Oklahoma meteorologists — and you can't help but swell with pride when the camera whips around on the long "Ooooooo" line at the begging of "Oklahoma!" as the characters race to chase down another rampaging tornado. (Also, Philip Seymour Hoffman dons a beat-up OU hat, my alma mater, for the duration of the film. You'll easily spot this hat daily throughout the state.) Twister genuinely celebrates the beauty and terror of the Oklahoma skies, and I appreciate its campy goodness.

“Made in Oklahoma” barely covers The Posthuman Project. It’s based on a short story from Norman comic-book-store owner Matt Price, adapted by Tulsa native and DC Comics writer Sterling Gates. Filmed around the state, including Automobile Alley, Quartz Mountain and Yukon High School. Directed and produced by OKC filmmaker Kyle Roberts. Featured local actors and musicians. Premiered at deadCenter Film Festival and took home Best Oklahoma Film honors. (And yes, screened at Oklahoma Contemporary’s ContempCon.) Filtered through John Hughes and The Avengers, the fun, family-friendly film adds “heroes” to the MIO list. “So what you’re saying is you turned me and my friends into superpeople?”

In the summer of maybe 2007, I had a dirty casket riding in the back of my pickup. I had volunteered to help my buddy Mark Potts shoot one of his early films and, as the only guy in the group with a truck, hauled it around Enid and parts of northwest Oklahoma. This is genuinely one of my favorite films ever. It's the story of three brothers embarking on a journey to relocate their father's remains from Texas (bad) and bring them back to Oklahoma (good). They bond, they laugh, we cry. You'll recognize some names in it, too. Kevin Costello was a writer for 2017's Brigsby Bear, Brand Rackley appeared in episodes of NCIS and Potts himself is a Pulitzer-winning photojournalist.

Editor's note: This film is not currently available for streaming, but you can explore other content from Singletree Productions on YouTube.

In the 1983 film directed by Francis Ford Coppola (and based on the book by Susan Eloise Henton of Tulsa), a ragtag group of low-income teens from the east side of Tulsa, the Greasers, face persecution and violence at the hands of guys from the west side, the Socs. Entwined in the story of rival gangs — one poor and one rich — is a narrative about the perception of character too often tied to socioeconomic status, the bonds forged within a community and the virtue of being true to yourself. For me, this movie is more than just a fictional story set in Oklahoma; it exemplifies the qualities I witness in people within the borders of this state.

Did you know Oklahoma has its fair share of new movies filming here? It does, and my Ten Penn house was chosen as a location. It's true! Bella Thorne stars in this modern-day Bonnie and Clyde flick, featuring two youngsters robbing weed stores and living it up. The crew filmed a scene inside our living room and transformed our house into a massive film operation, which was honestly incredible to watch. I didn't get to meet Bella, but I did see her smoking in my backyard. I was contractually locked out of the house and had to stay in the basement with my dog. Have I seen the film? Not yet. But I've got great stories from the day of production that I am probably forbidden to share.