We will be closed Monday, May 30, for Memorial Day. 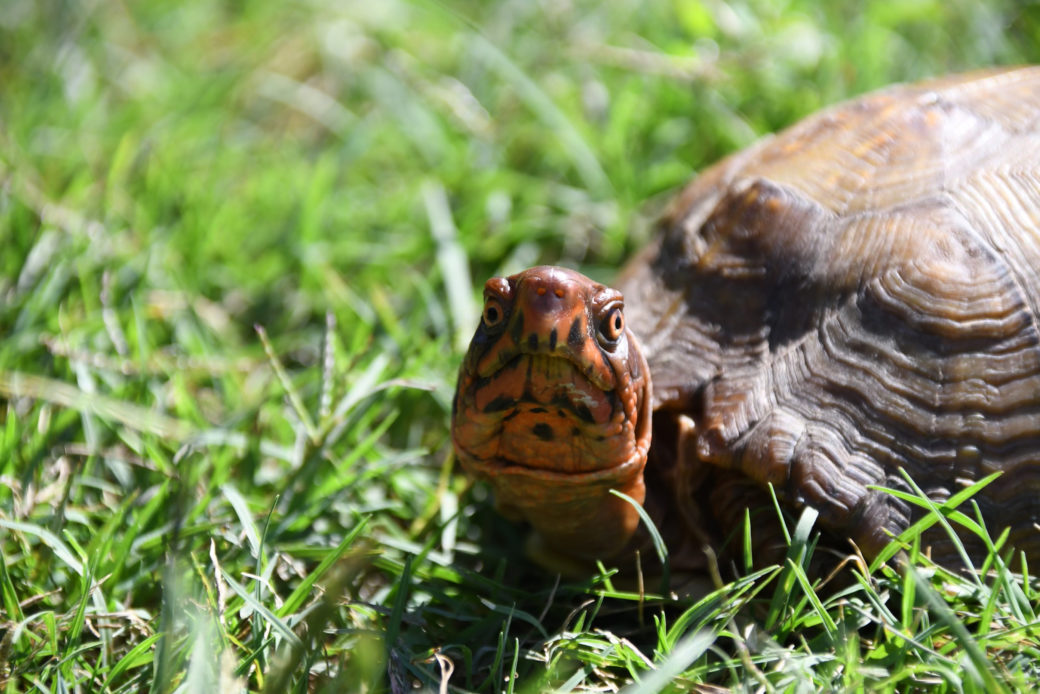 Who Knew Turtles Were Drama Queens? 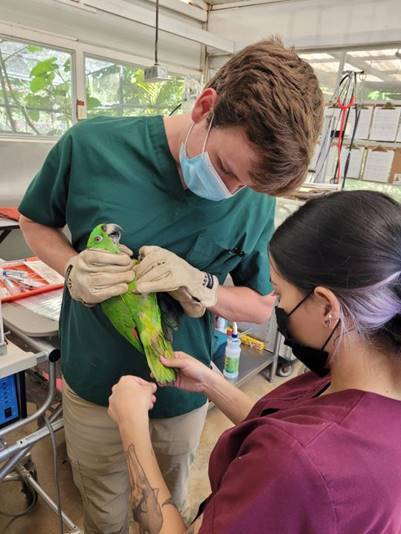 The day will kick off with an interactive discussion starring WildCare Foundation’s Dr. Kyle Abbott, who, in addition to his work with wildlife native to Oklahoma, recently trained staff at a wildlife rehabilitation center in Costa Rica.

“He is a wildlife veterinarian,” says Christine Gibson, manager of Youth and Family Programs. “He’s going to discuss wildlife medicine and how it’s different from being a vet at a zoo or small animal practice, his time in Costa Rica and his practice in Oklahoma.”

Abbott’s presentation will wrap up with a Q&A, in which families and friends are encouraged to pick the brain of the wildlife expert.

Later in the day, WildCare representatives will host a second talk about their rehab center and how they take care of Oklahoma animals, including an interactive tidbit titled “What would you feed a …?” The audience will use a table of items to guess what to feed each animal.

Art-making and animal-engaging activities will continue that afternoon with animal ambassadors from Scales and Scutes Education and Rescue Association. 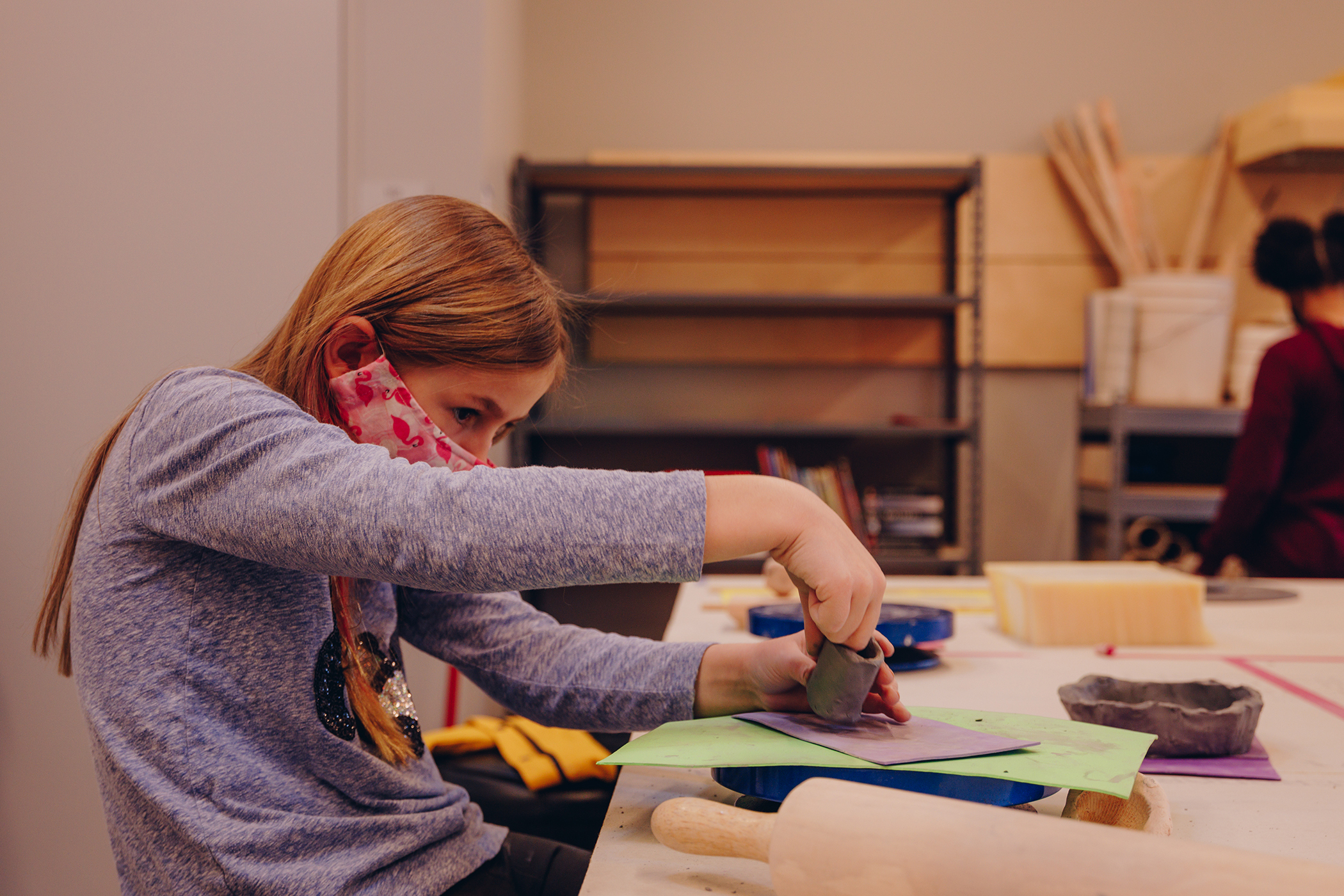 “In the Flex Studio, we are going to have live creatures,” Gibson says. “There will be two snakes for sure and maybe some turtles … if they’re up to it. I was told they’re a little bit dramatic.”

Kiddos can learn about these slithering creatures while sculpting the animals in front of them.

“We are going to have air-dry clay, and while our presenter is showing the animals, you can listen and make at the same time.” 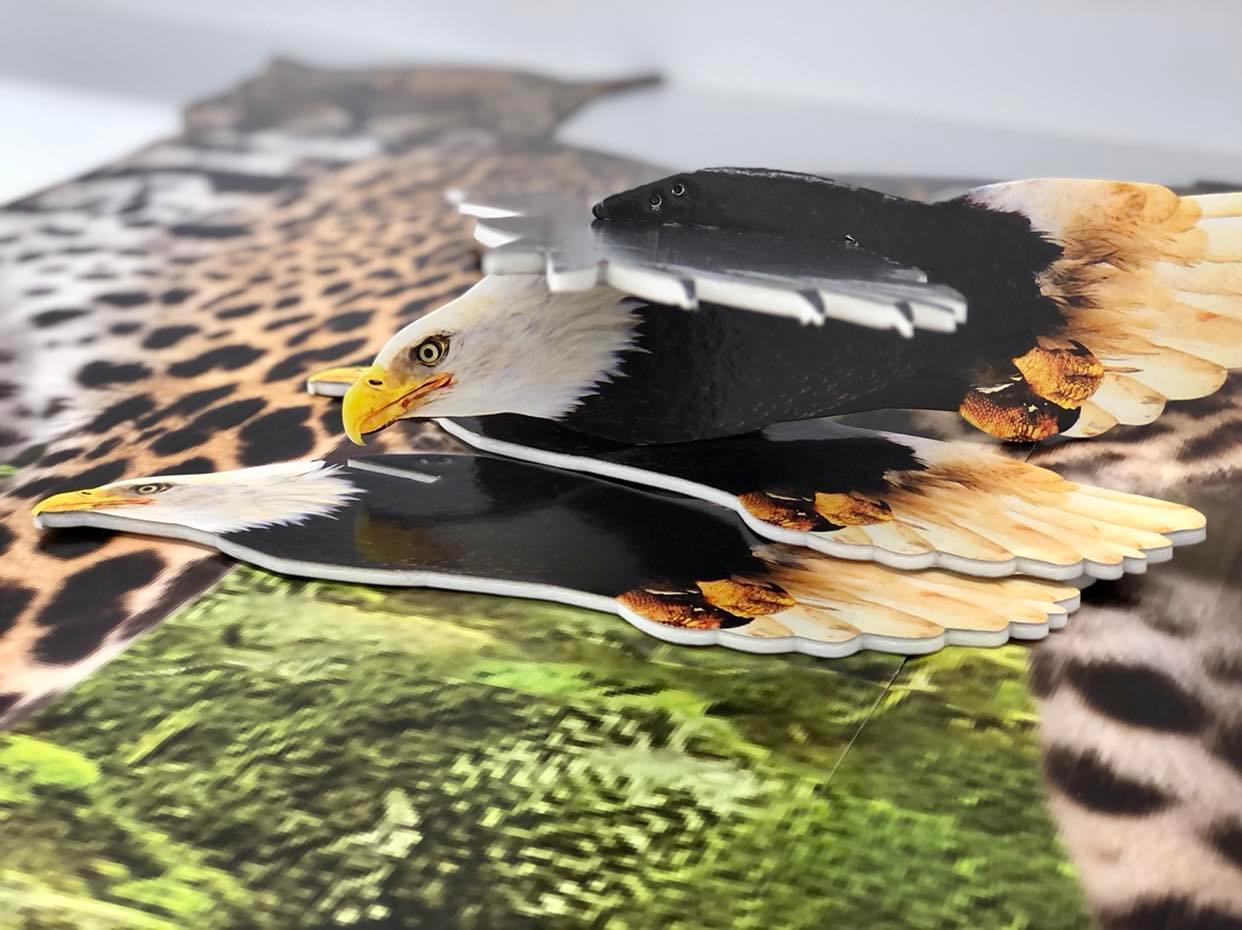 Making and creating adventures don’t stop there! Big, bright, collaborative art-making projects will take over our new home’s Education Wing. Not only will there be fun, wearable animal-inspired balloon pieces from the Teen Arts Council — four giant animal cutouts (a leopard, eagle, fox and bison) will also be on hand for honing that John Newsom look.

“We bought giant cardboard animal cutouts that are represented in Newsom’s work,” Gibson says. “We will have those in the studios, and visitors will create the backgrounds of the animals, just like his work! People can then take a picture with the animals, and it’ll be like they’re in the painting.”

Akin to the idea of painting with paper, visitors will fill in the backgrounds behind these animal outlines, adding giant shapes in bright colors and creating vibrant textures. 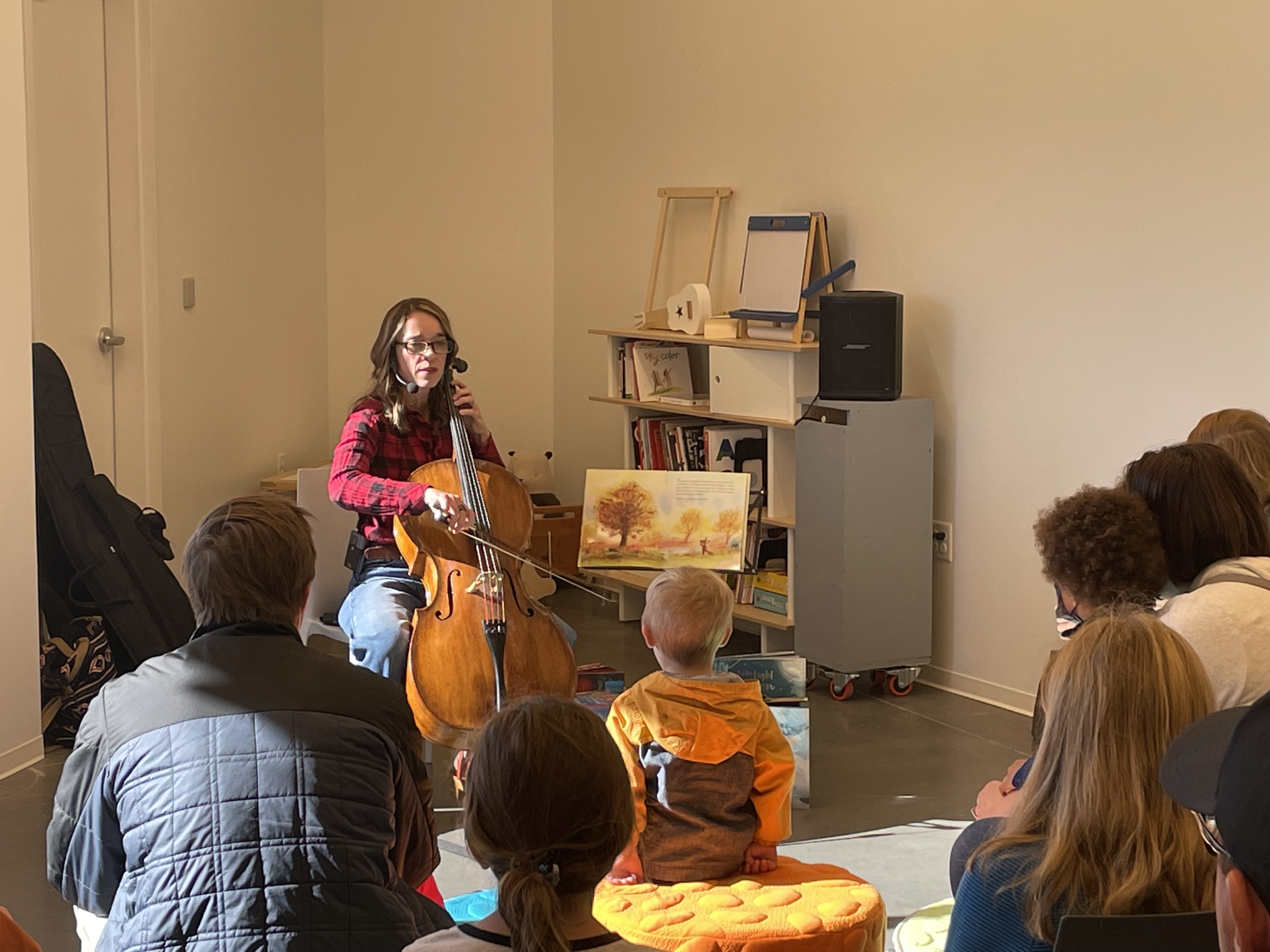 To play off the storytelling in Newsom’s exhibition, Saturday’s activities will also include a wonderful performance by award-winning cellist Erin Yeaman. Weaving live music and the telling of fantastical tales, Yeaman will join Force of Nature as her second performance at a Second Saturday.

“She’s coming back, which we are thrilled for,” Gibson says. “She will be doing animal tales in our Creative Lounge. It will be a nice and calming chill vibe.”

Yeaman will create cello tunes and creature tales, offering families a moment of rest and relaxation mixed with a bit of wonder and adventure. 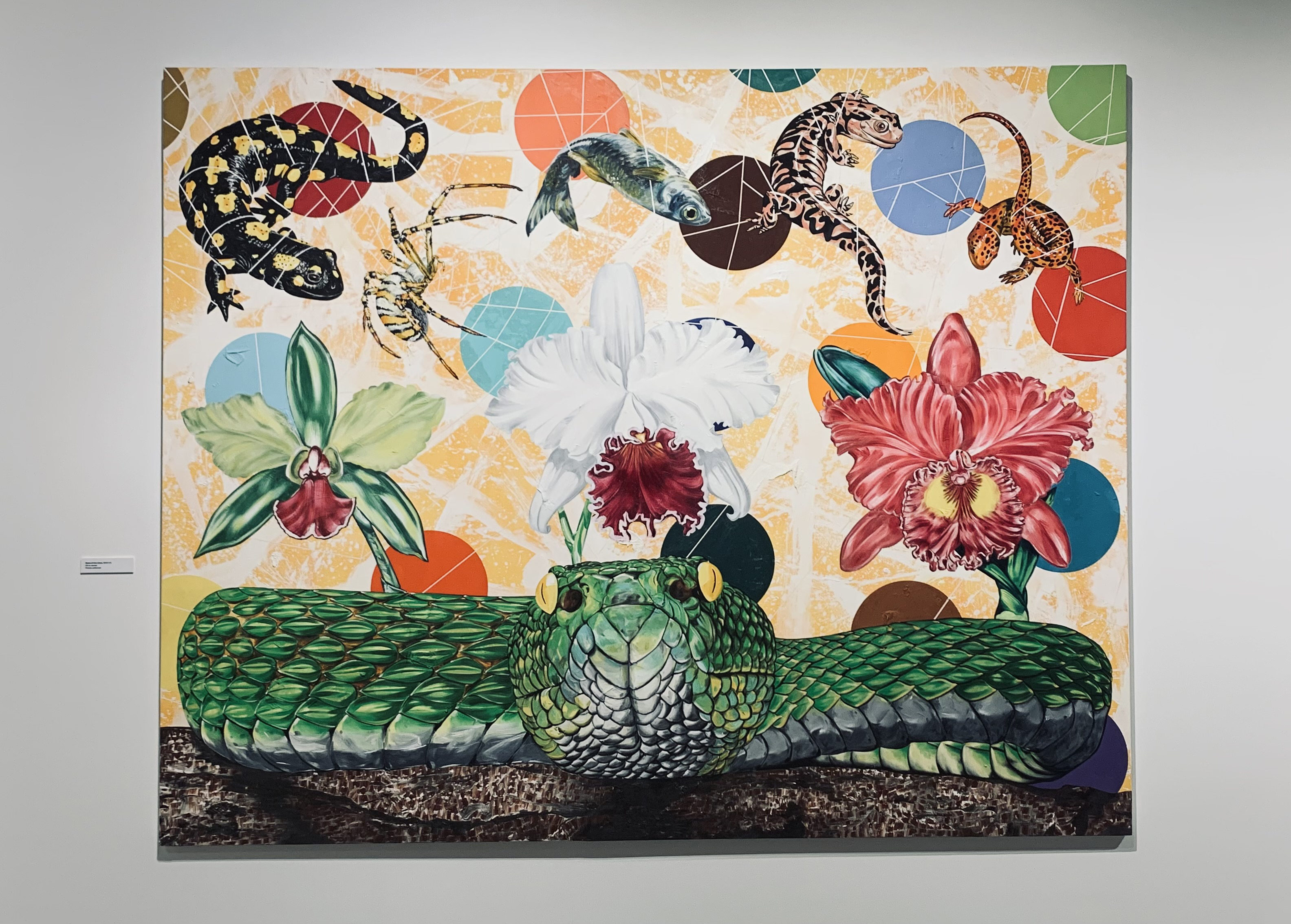 Adding to artistic projects for all ages and walks among the very creatures they might see, kiddos and families are encouraged to take guided, interactive tours of Nature’s Course, an opportunity to engage with and learn more about the artist behind the day’s inspiration.

Who knew turtles were drama queens? What stories will the cellist spin? Find out the answers and so much more this weekend. All Second Saturday activities, projects and performances are FREE and open to the public! Drop in any time between 1 and 4 p.m. — tickets are not required for this all-ages, animal-centric program.