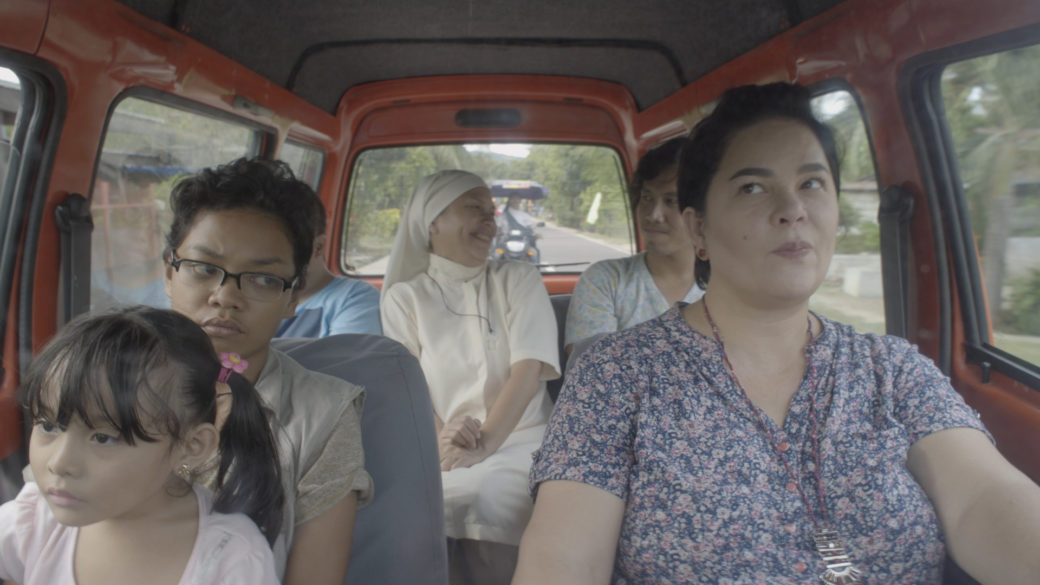 Cinematic selections to get your wheels turning, inspired by Ed Ruscha 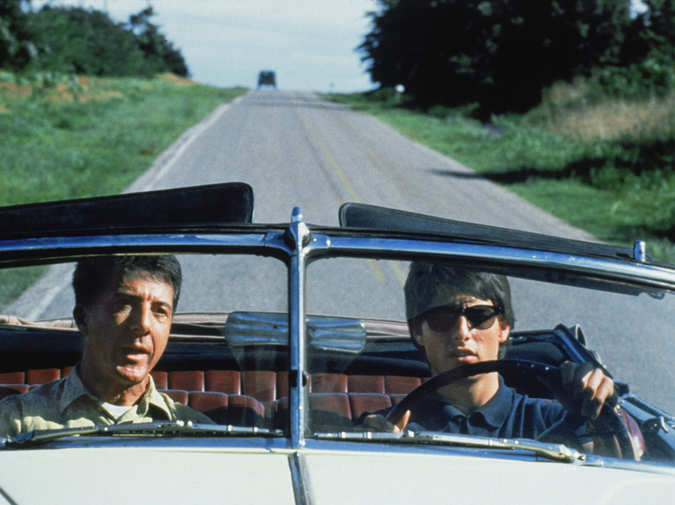 Fill your tank and buckle up, because #FridayFilms is back with a selection of cinematic road trips to shake you out of your winter funk. Inspired by our upcoming Ed Ruscha: OKLA exhibition — the first home-state, solo show from one of contemporary art's most towering figures — today's staff roundup features movies about hitting the open road.

Just as Ruscha found inspiration in the roadside gas stations of America's Western freeways, this diverse selection featuring family dramas, animated dramedies, arthouse satires and more reminds us of the freedom and possibility of putting wheels on the asphalt.

Rain Man tells the story of Charlie Babbitt, an abrasive young car salesman (Tom Cruise) who learns that he has an older brother, Raymond "Rainman" Babbitt (Dustin Hoffman), who is an autistic savant. The film chronicles their cross-country journey from Chicago to L.A. Raymond carries a camera throughout the film, and the ending credits feature a collection of black-and-white photographs credited to Hoffman's character.

As a young teen, I vividly remember being in awe at how beautiful the photographs of perceived mundane subject matter were. I recall being inspired at how such a simple concept could make such a beautiful piece of art. Over the years, this simple, spur-of-the-moment style allowed me to create my own works that were less-than-perfect yet interesting (to me at least!)

This embrace of the humdrum reminds me of a quote from Ed Ruscha (the creative force behind our new exhibition, opening Feb. 18): "I’m interested in glorifying something that we in the world would say doesn’t deserve being glorified. Something that’s forgotten, focused on as though it were some sort of sacred object." This mindset allows us to see the world from a different perspective than what our analytical brains often default to, when bombarded with 34 gigabytes of information per day.

Days before leaving on our first (and only) cruise, my then-young family saw WALL-E in the theater. As dumbstruck as I was by the simplicity – and complexity – of its message and the awe-striking way it was told, WALL-E didn’t really hit home until I was stuck in Forced Family Fun on a boat with 3,000 strangers. Granted, I perambulated about the decks on my own rather than strapped in a hover-cliner, but the experience felt remarkably similar. We were being spoon- and straw-fed our lives – and botching much of them.

WALL-E isn’t just a road trip movie – it’s a universe-spanning one. Hollywood Reporter simplifies the tale to “a boy chasing a girl across the galaxy in the hopes that she’ll see him in the way he sees her.” It just happens that they save humanity – and all my future vacations – along the way.

Directed by Victor Villanueva and produced by Moira Lang, Patay na si Hesus (Jesus Is Dead) tells the story of a single mom, played by Jaclyn Jose (awarded Best Actress at Cannes in 2016 for a more-serious role in a different film), who announces with deadpan delivery to her three children over breakfast that their deadbeat dad is dead. His name is Hesus. The funeral is four hours away, and so on a road trip they all feel compelled to go. Explored themes include sexual identity, religious hypocrisy and love that ultimately sees a dysfunctional family through as they go through the motions of mourning a father for whom no love seems to have been lost. A menopausal matriarch, a son with Down Syndrome, a daughter who has become a trans son, a son who willfully repels maturity and an aunt who's batshit crazy comprise this family of Others. A dog named Judas completes the cast. At the end of a car ride: catharsis.

Editor's note: This title is not currently available for streaming in the United States, but you can watch a feature-length Q&A with director Victor Villanueva, writer Fatrick Tabada and actress Chai Fonacier here.

Possibly the most-bonkers entry in the repertoire of one of America's strangest and most-enduring cult filmmakers, David Lynch's Wild at Heart is a high-octane thrill ride from the jump. Anchored by unhinged performances from Nicolas Cage and Laura Dern, star-crossed lovers Sailor and Lula set out on a Western road trip to freedom soundtracked by speed metal and colored by cartoonish violence. Inspired by The Wizard of Oz and the films of Elvis Presley, this adaptation of Barry Gifford's 1990 novel isn't for the squeamish, but packs a punch you won't soon forget. It also contains one of my all-time favorite Cage lines: "This is a snakeskin jacket! And for me it's a symbol of my individuality and my belief [pops collar] in personal freedom."